Despite its similar name and resemblance, Sea holly is not related to the holly (Ilex) that we associate with Christmas - although it's spikiness will produce a similar injury if not handled with care! Its leaves are coated in a waxy substance which help the plant retain moisture in the arid conditions where it is found and this plant is a favourite of butterflies when in flower.

In fact, this beautiful and unusual plant is so heavily favoured by hobbyist flower arrangers that in the Netherlands it was picked almost to extinction. Sea holly is also the county plant of Liverpool, as it is often found on the Wirral coast. 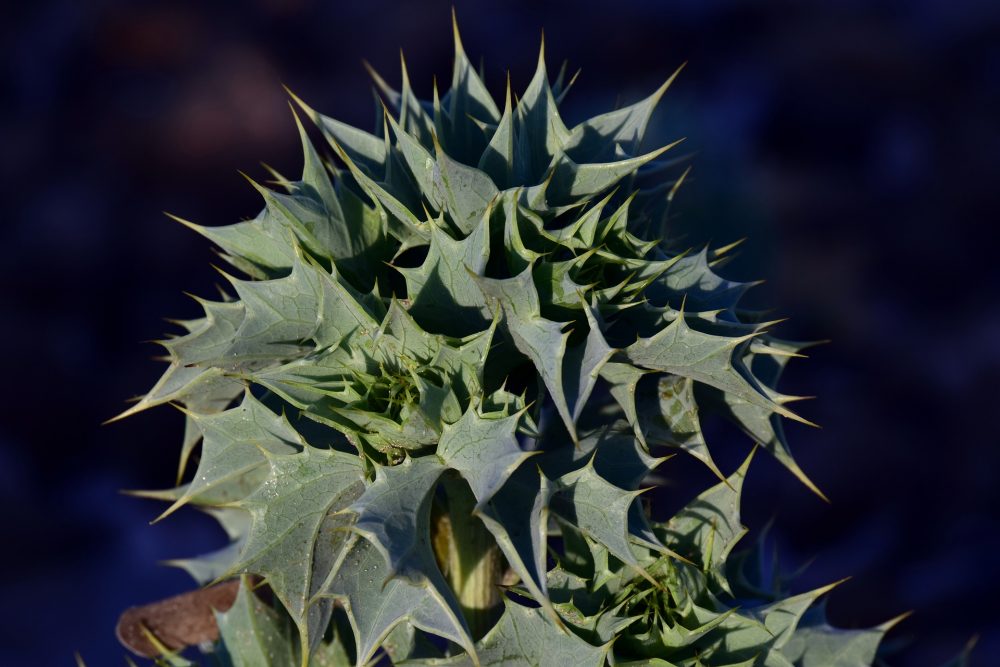 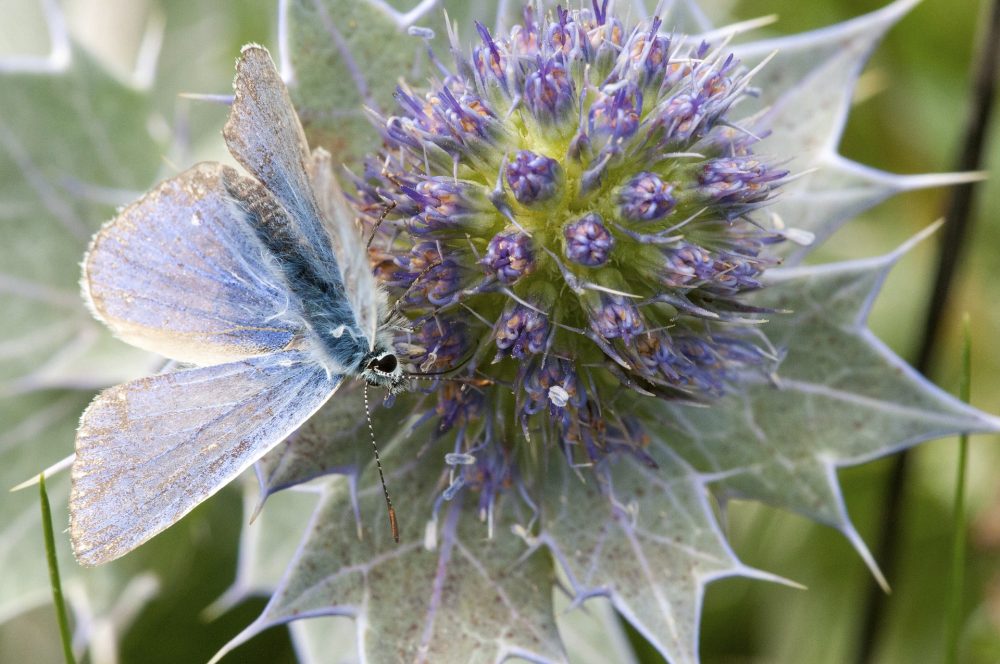 The Elizabethans believed Sea holly roots to be an aphrodisiac and it is said Romany Gypsies gave it to their stallion horses to make them more fertile.

Sea holly can be found throughout the year in coastal regions amongst the dunes or pebbly and shingle beaches around the UK and although it is rare north of Dundee there are colonies on Scotland’s Western Isles and the Shetland Islands.

By remobilising dunes and making sure that areas of sand will be able to naturally shift and be mobile again, we're preserving the kind of habitat and conditions that sea holly needs. As a result, we're also supporting our dune insect populations, as sea holly is an important food source for pollinators.

Being up to 60cm in height, in spring the leaves of Sea holly are pale green but these change to a silver-blue and its flowers, produced from June to September, are almost ultramarine and appear like thistles with three-pronged spikes protruding around each flower cluster within the flower head;  these can give a nasty prick even after seed production when the flower head appears dead.