Invasive species are plants or animals that can overwhelm important aspects of sand dune biodiversity and function, both above and below ground.

Invasive species are one of the top five drivers of biodiversity loss worldwide.

Some are introduced species which aren’t usually found in that habitat, such as garden escapes, whilst other species are native, but which have expanded too much - often as a result of management problems. Many invasive species will enter dune habitats when garden waste or other waste is dumped in or nearby the dunes.

We’re working to remove invasive species from some of our sand dune sites, to restore their natural biodiversity. Scroll down to find out more about some of the invasive species that threaten our dune habitats, and the techniques we’re using to tackle them; often, simply ‘removing’ them, isn’t enough!

Rosa rugosa is a plant species which is native to coastal habitats in Eastern Asia. First introduced to the UK around 150-200 years ago as an ornamental plant it later escaped from gardens and flourished across our own dune habitats. Its thick bushes produce pretty pink flowers and its seeds are eaten by birds which help it to spread. Once established, growth is fast, leading to its expansion over large areas of dune habitats, smothering native plant growth and significantly reducing biodiversity by creating dense thickets that shade out open dune habitats.

It’s really tricky to completely remove – it can regrow from just a root fragment left in bare sand. In some cases, we’re able to dig up the whole plant including the roots, when it can then be burnt or buried – burning is preferable, as burying needs to occur deep enough that the plant won’t regrow.

This can cause a lot of habitat disturbance and can’t always happen on some of our more remote sites so another option is to use chemical control. This involves spraying the plant with approved herbicide initially. This is done manually using a precise sprayer for direct application just to the Rosa rugosa, and not to other vegetation. Further repeated treatment is usually needed to fully remove this resilient species. And, on sites where it isn’t extensive yet, control of small patches by digging it out is also important.

Rosa rugosa is an issue across many of our sites: on the Sefton Coast; at Grune Point, Mawbray Banks, Roanhead, Sandscale Haws, Drigg, North Walney, West of Airfield, Fleetwood and Eskmeals in Cumbria; Braunton Burrows in Devon; and Oxwich and Crymlyn Burrows near Swansea. 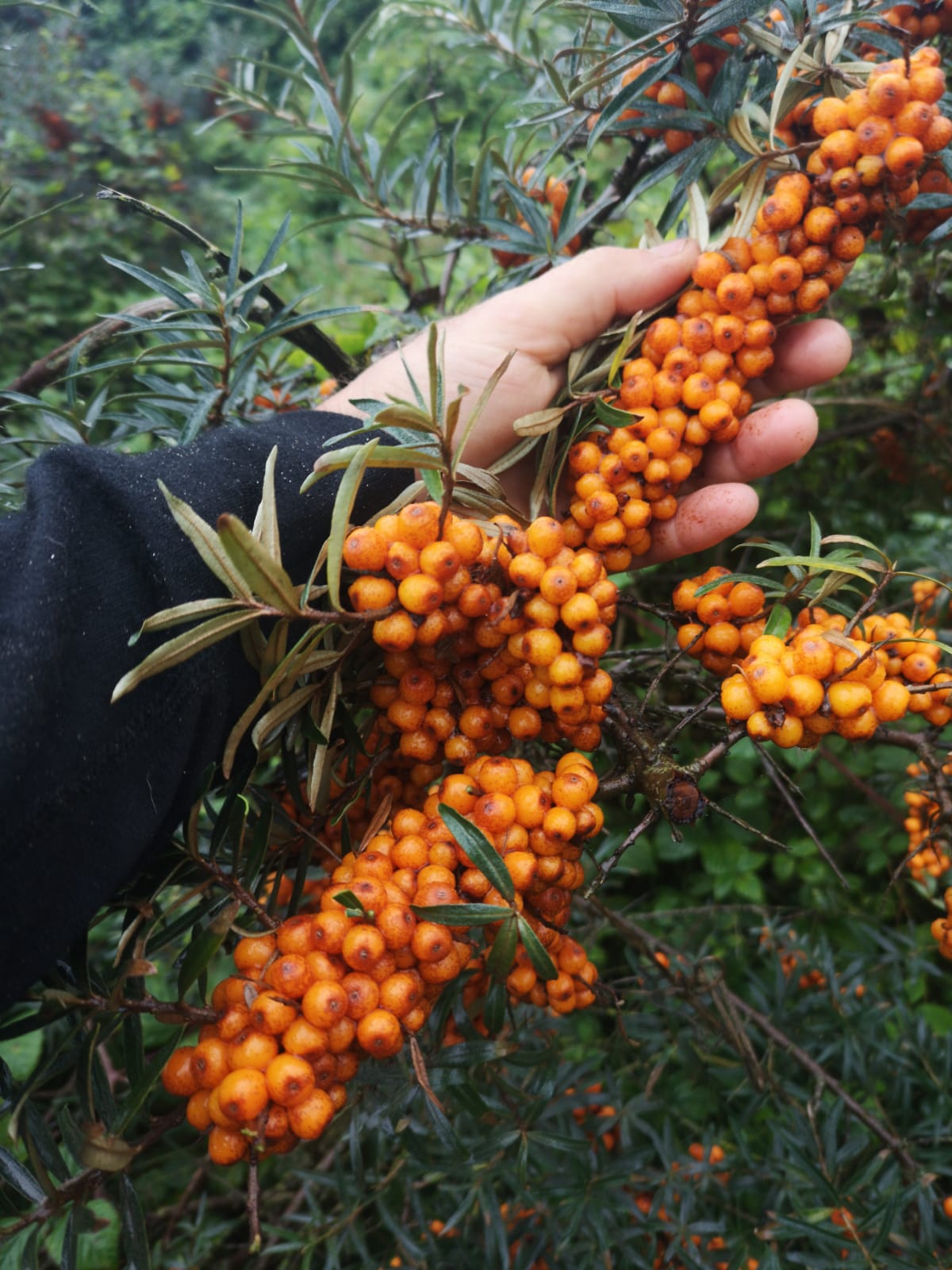 Sea buckthorn grows in large, dense clumps, and its roots grow readily in loose sand. Because of this it used to be widely planted on dunes when it was thought that sand needed stabilising, but it expanded rapidly into open dune habitat. Mechanical control can be used to remove stems and roots, but this isn’t always manageable due to site inaccessibility or proximity to archaeological features in the dunes. So, chemical treatment and spraying with approved herbicide can help to control sea buckthorn. Often plants are cut and removed late in the year, and the roots and stumps that are left behind are then treated to limit regrowth. This treatment reduces the ability to re-sprout from the roots, but repeat applications may be needed for several years in a row.

In some locations, where vegetation cover needs to be present (such as around a car park on one of the Devon sites) sea buckthorn cover is replaced with planted marram grass and native scrub. Interestingly, sea buckthorn is native to our east coast, so although it is present across many parts of  our Lincolnshire sites, actions for this species are aimed at maintaining a good age structure and ensuring it doesn’t spread into areas of dune grassland.

Sea buckthorn is an issue across many of our sites including Braunton Burrows in Devon, Crymlyn Burrows near Swansea, Carmarthenshire, and Drigg and Eskemeals in Cumbria. 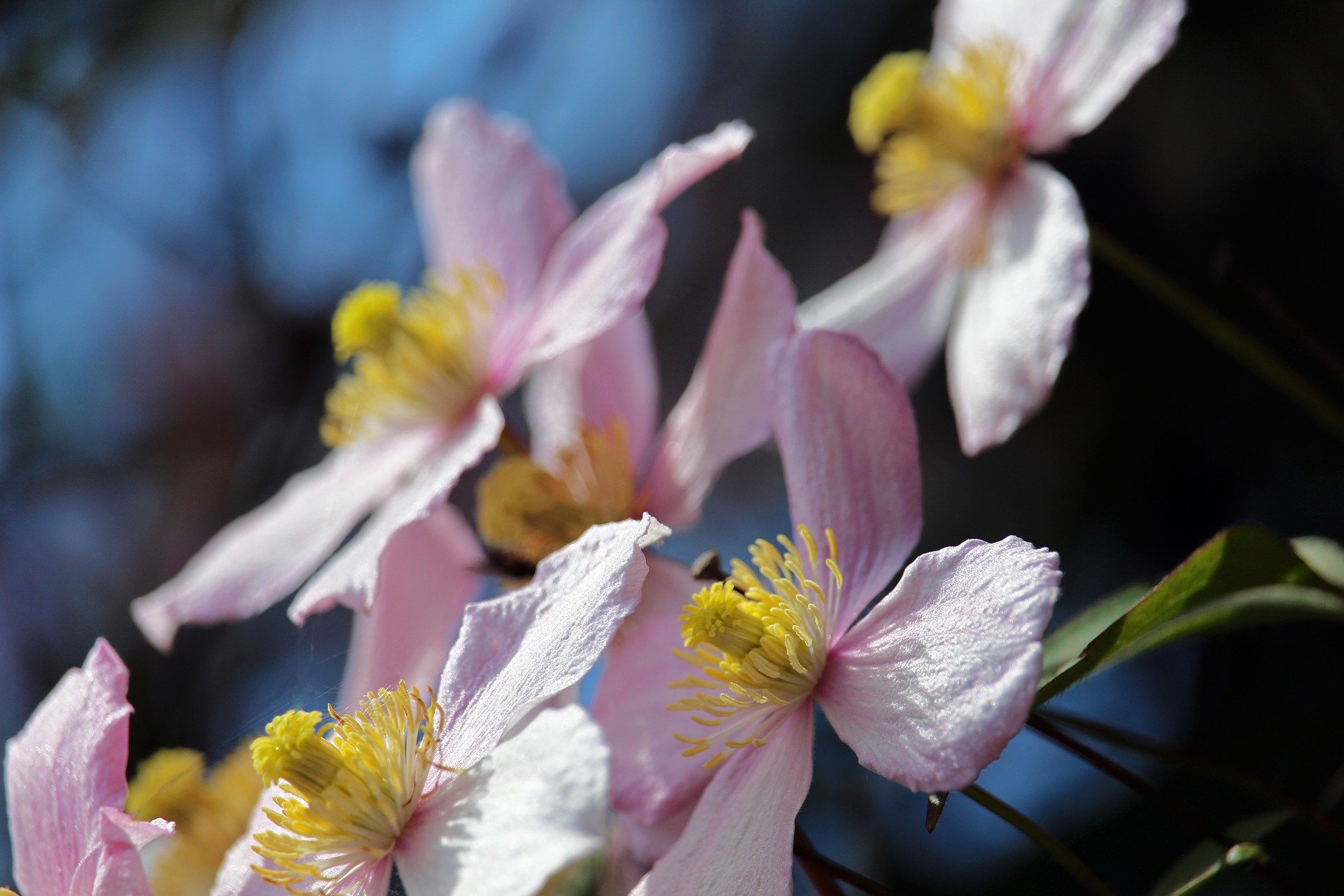 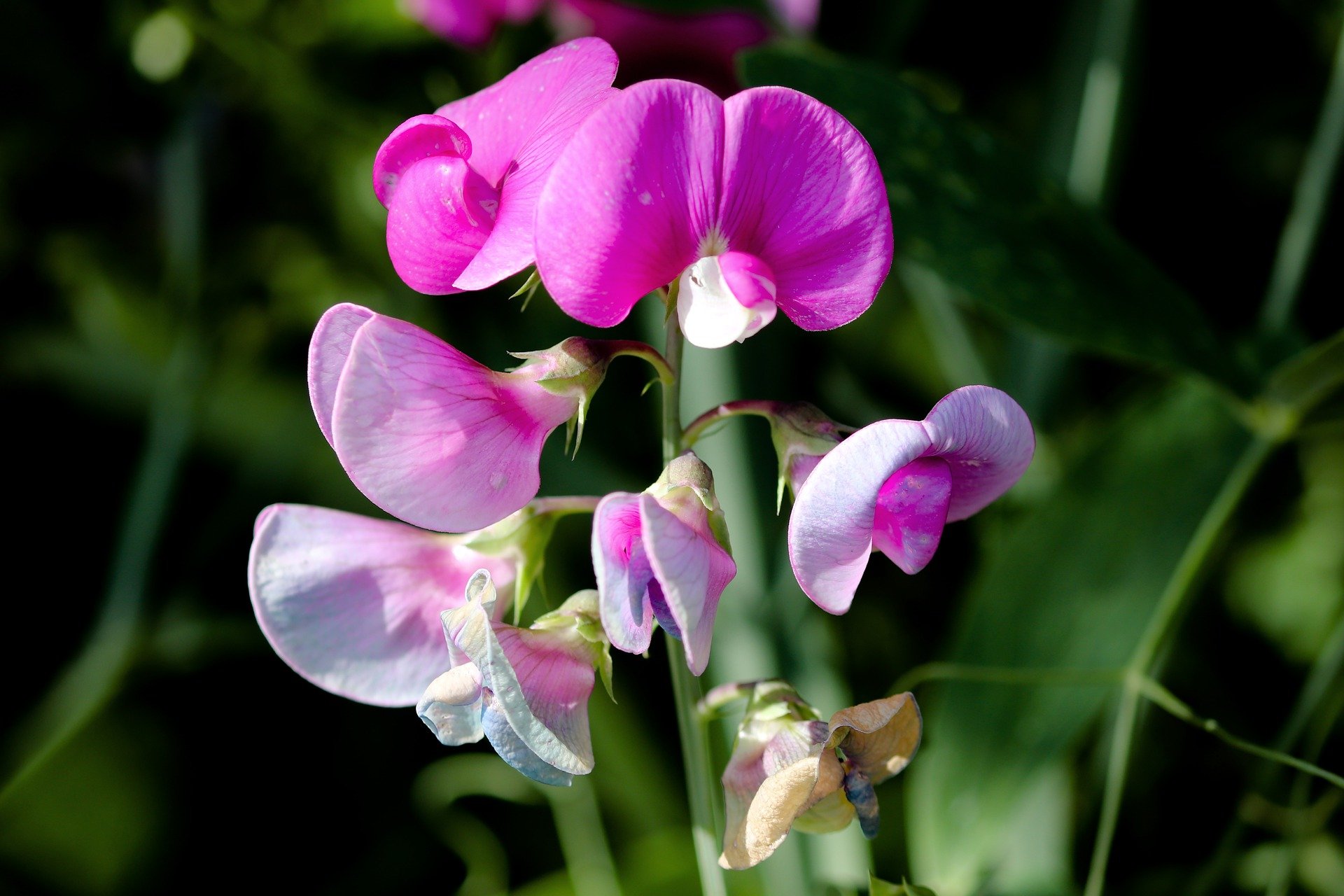 Commonly known as Traveller’s joy, clematis is a fast-growing climbing plant which either takes support from the vegetation or trees that it climbs, or spreads as thick ground cover, taking over large areas and out-competing many species. It is capable of bringing down grown trees. Clematis vitalba seeds are dispersed by the wind and colonise disturbed ground easily. It is native to the south of England but it has spread across the UK, and further north it is considered an invasive species, and it is not native to sand dune habitats.

Clematis is an issue at our sites in Lincolnshire.

Broad-leaved everlasting pea is a non-native species, it doesn’t naturally grow in the UK. It grows in large patches which can spread quickly across several dune sites. A natural climber, this also includes moving uphill to occupy the crests of dunes. Each year it produces a flurry of pink, fragrant flowers, but it can outcompete other dune species and its seeds can also be poisonous for birds if ingested.

Broad-leaved everlasting pea is an issue at Crymlyn Burrows, near Swansea, and at Ainsdale and Birkdale Sandhills on the Sefton Coast.

Japanese knotweed is a non-native species and is a major problem plant in many habitats. It only spreads by root fragments. Under Schedule 9 of the Wildlife and Countryside Act 1981 with respect to England, Wales and Scotland, it is an offence to plant or otherwise cause Japanese knotweed to grow in the wild. Under the Environmental Protection Act 1990, Japanese knotweed is classified as controlled waste.

It can grow over two metres in height very quickly and on sand dunes, as in other habitats where it is found, it restricts growth of other plants around it. Even once cut down, it can regrow from a cut stem each year, and even from a small part of root section if left in the ground after the rest of the plant is removed. So, the plant is often cut and sprayed with approved herbicide late in the year, or the herbicide can be injected directly into the plant stem.  Such treatment for several years can halt its growth on the surface, but regrowth is still sometimes possible from the roots.

Japanese knotweed is an issue at Crymlyn Burrows, near Swansea. 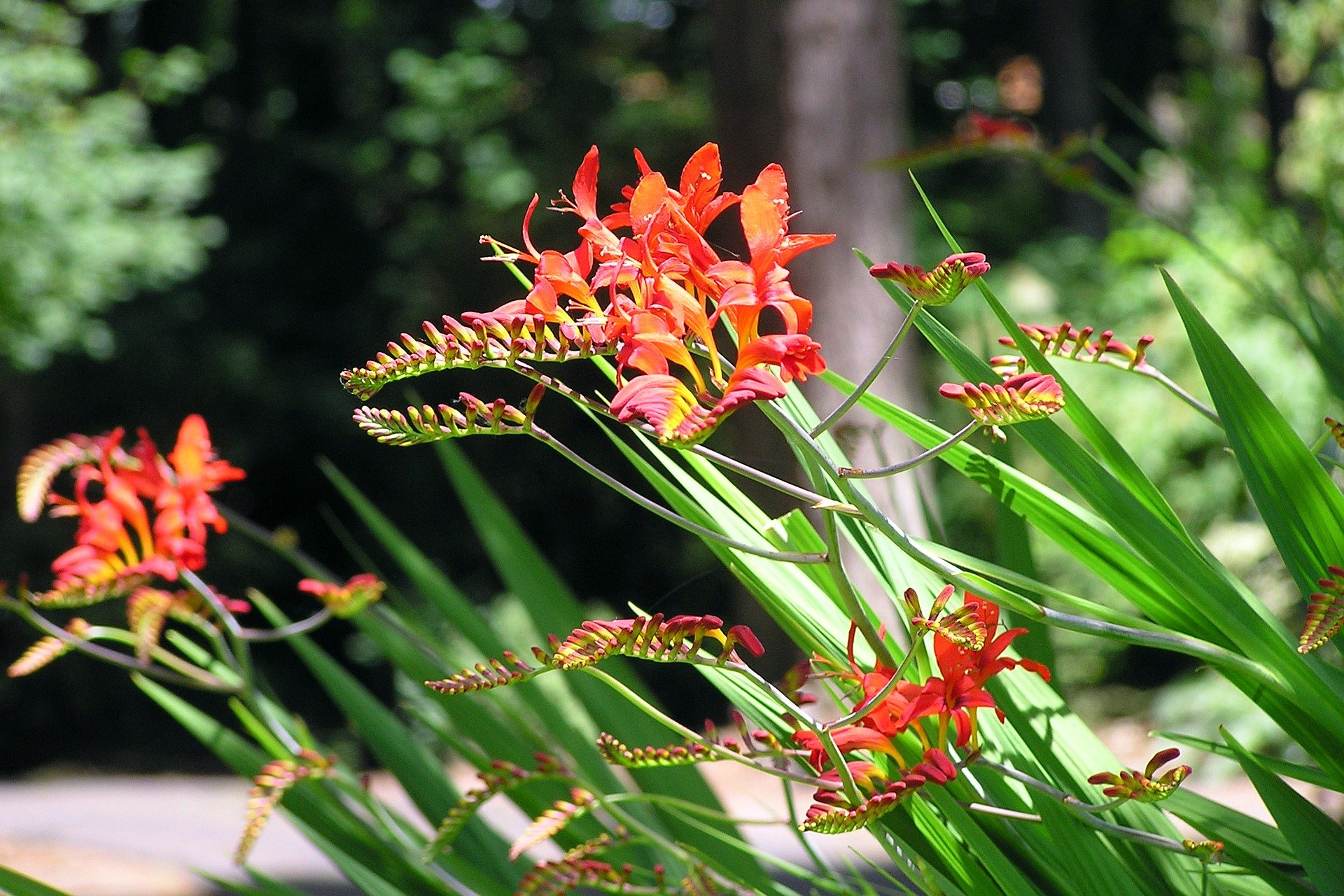 A popular ornamental plant thanks to its attractive, vibrant orange flowers, Crocosmia montbreata has ‘escaped’ from areas in which it was introduced and cultivated, and is now invasive in some UK sand dune habitats, as well as other coastal and riverside habitats. It grows in clumps and spreads from underground corns. It is capable of flourishing in a wide variety of soil types and conditions and will compete aggressively with native plants for nutrients and water. Its foliage and underground corns grow so dense that other plants are unable to share the same space as Crocosmia montbreta.

Crocosmia is an issue at Penhale Dunes in Cornwall. 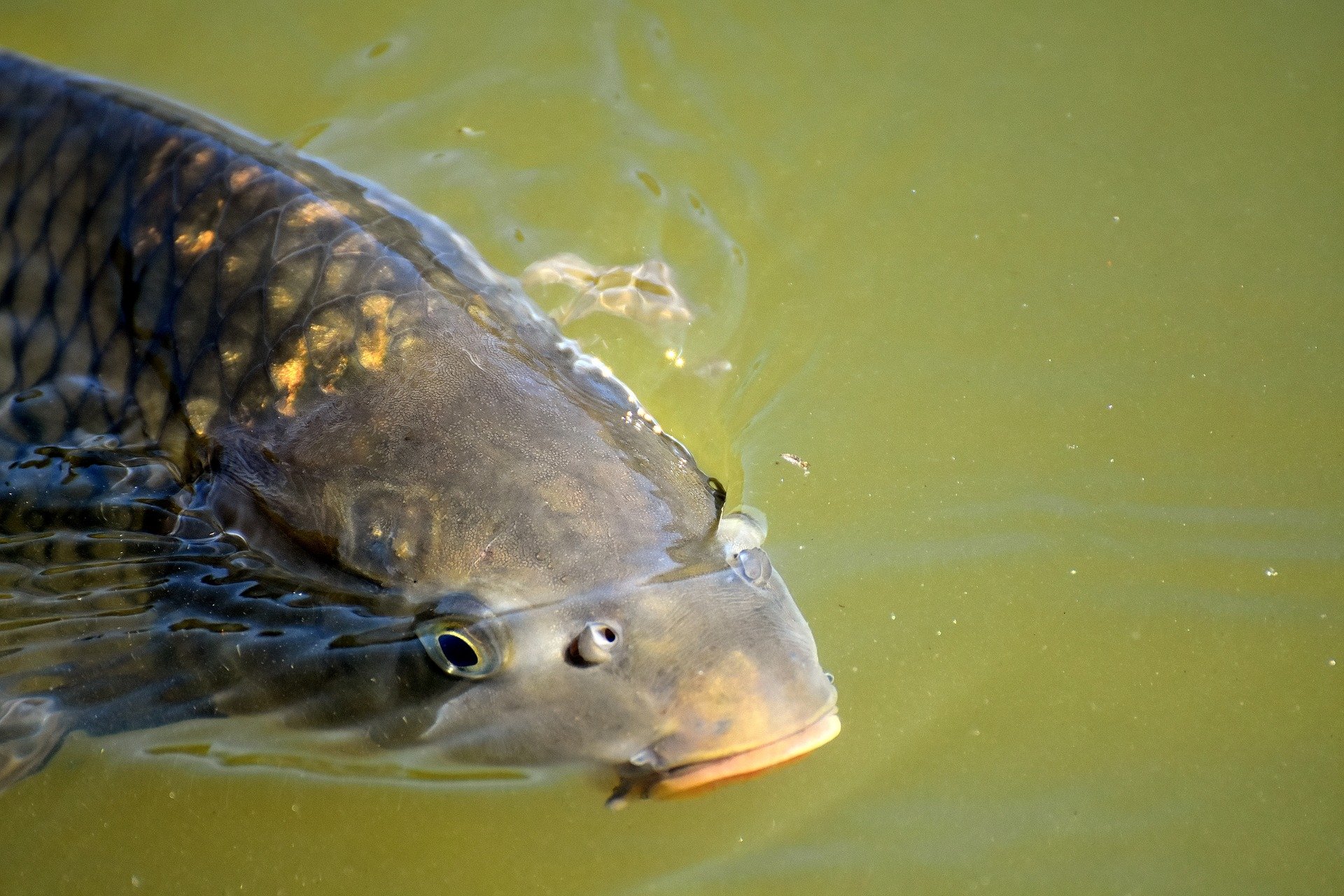 In the early 2000s, Carp were illegally introduced to the freshwater lake ‘Little Sea’ at Studland Bay, which is a prominent feature of the historic sand dune system. Carp are a bottom-feeding fish species, and have since churned up the previously undisturbed sediment at the bottom of this lake, changing the nutrient status of the water. This has led to the loss of much of the lake’s rare, highly specialised aquatic plants, and many of the overwintering birds which once used the habitat are now gone. National Trust are working to remove this species by fishing them from the lake, installing electronetting, and artificial spawning nets to help remove eggs.

Carp are an issue at Studland Bay in Dorset. 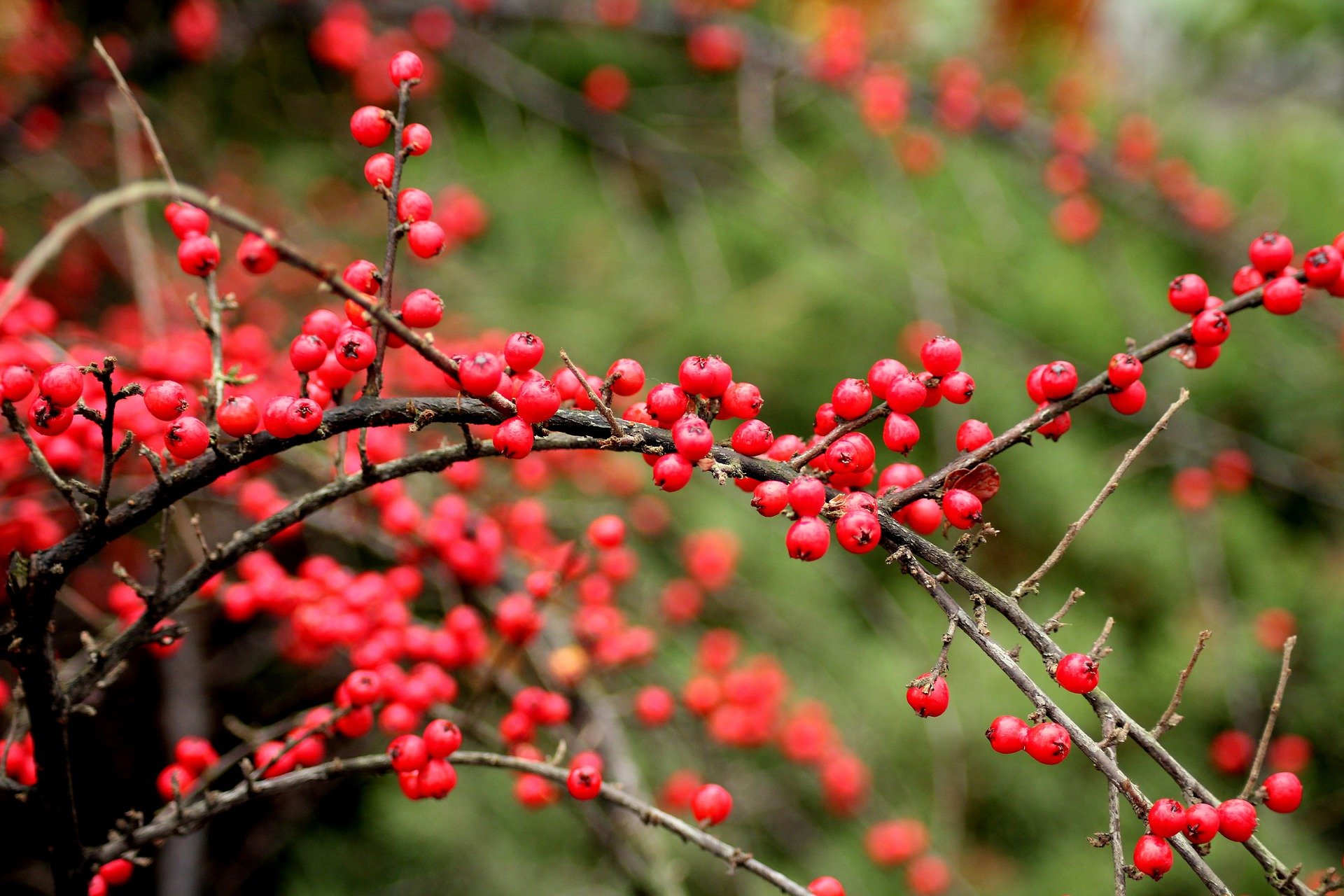 Cotoneaster are non-native invasive species which have spread widely across the UK and can overtake native speices. They have often ‘escaped’ from gardens, where they are popular landscaping and ornamental plants, as birds eat the berries and disperse the seeds. They produce small white or pink flowers in the spring and red, purple or black berries, and can be difficult to remove once established. Cotoneaster can be treated with a herbicide and delivered using a method called spot spraying, which ensures that only the target plant species is exposed to the chemical treatment and minimises the potential impact on other nearby vegetation.

Cotoneaster is an issue at Penhale Dunes in Cornwall.

What you can do about invasive species

You can help control the spread of invasive species. Many species travel across the UK by 'escaping' from gardens. Please make sure you're not leaving your garden waste anywhere where those plants might grow and cause damage. Always take it to your local garden waste recycling centre.

You can also get involved in invasive species removal at your local sand dune site by joining us as a volunteer and lending a hand.