As with other lichens, Scrambled egg lichen is formed of two separate organisms, fungi and algae, which have established a symbiotic relationship, where the algae photosynthesises and releases sugars enabling the fungi to grow; whilst the fungi provide structure and protection in environments where the algae could not otherwise survive.  This is a slow growing species, historically rare in Britain but now believed extinct in the east due to habitat loss, traffic fume levels and competitive vegetative growth, whereas it formerly survived on the area’s chalky substrate. 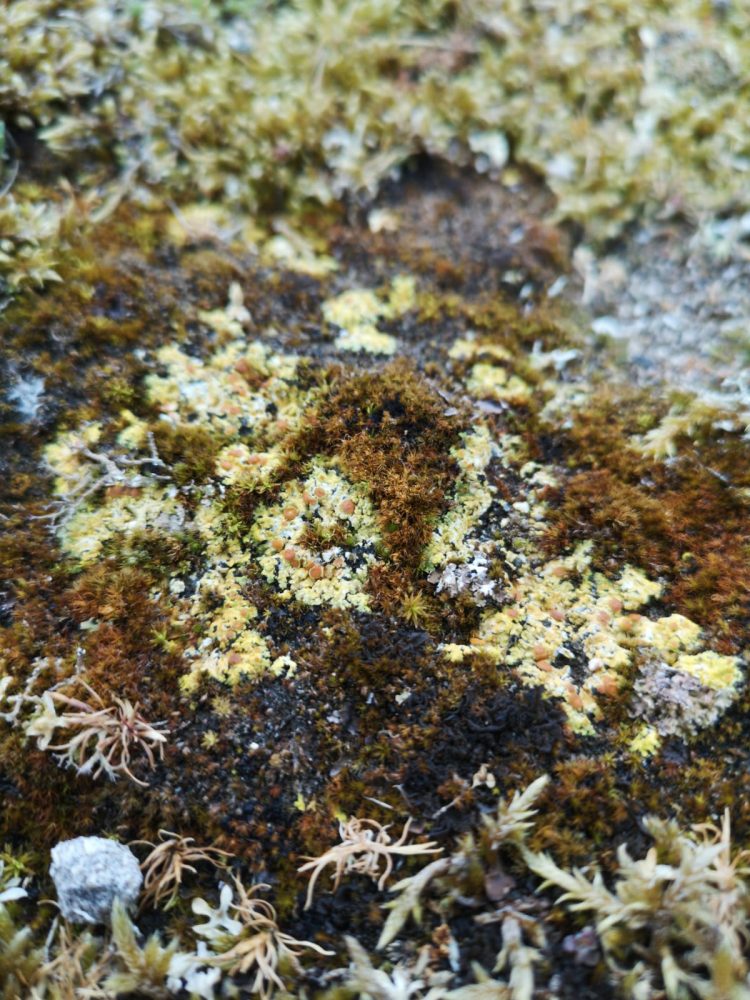 Scrambled egg lichen is extremely sensitive to atmospheric nitrates and ammonia so will not grow where these exist, so can be used as an indicator of air quality.

A nationally rare and endangered species, scrambled egg lichen requires an open, well-lit, free draining substrate such as limestone or sand formed from shells and most often develops on other mosses or rocks at or near sea level in the south and west of the UK. Penhale Sands is a hotspot as it is believed between 50-60% of the UK’s scrambled egg lichen population is set amongst the dunes. You can also help scientists and conservationists by recording your sightings if you believe you see one.

Its common name gives a clue of what to look out for - this fungus really does look like scrambled egg!  It may be growing directly on the moss Trichostomum crispulum and has a crust like yellow body (thallus) which is often paler in the middle with scattered orange fruits of 1.5mm and/or narrow propagules which break off to form new plants, revealing white underneath where the propagule formerly existed.