Kestrels are a naturally solitary bird, communicating most vocally during the breeding season. They are territorial and are known to fly under intruder birds, rising upwards to push them away. When hunting, they can be seen hovering into the sea breeze, looking intently down for prey, which are typically voles, mice and small birds, all of which can be found amongst sand dune grasses. Once located, they will dive at their prey at impressive speed!

Kestrels do not make their own nests, instead they rearrange materials found from abandoned nests, often settling upon ledges within cliffs. They breed once a year during April/May and typically hatch between three and seven chicks, who leave their parents once they have learned hunting skills at approximately eight weeks old. They can live for up to 16 years, but around one third will not survive beyond their second year because they often face problems including lack of food supplies, pollution and road accidents. 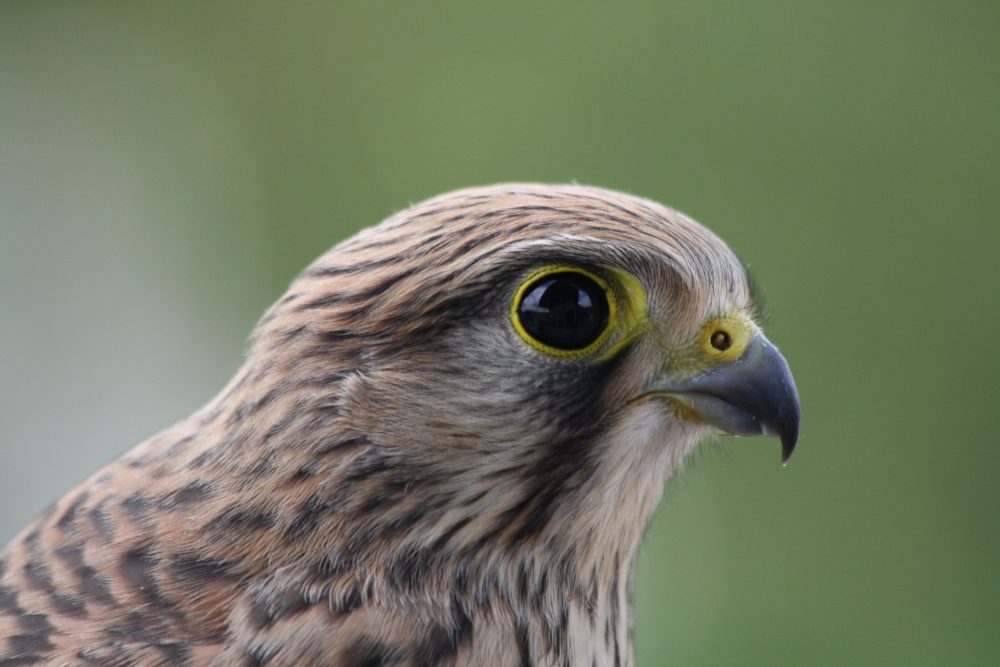 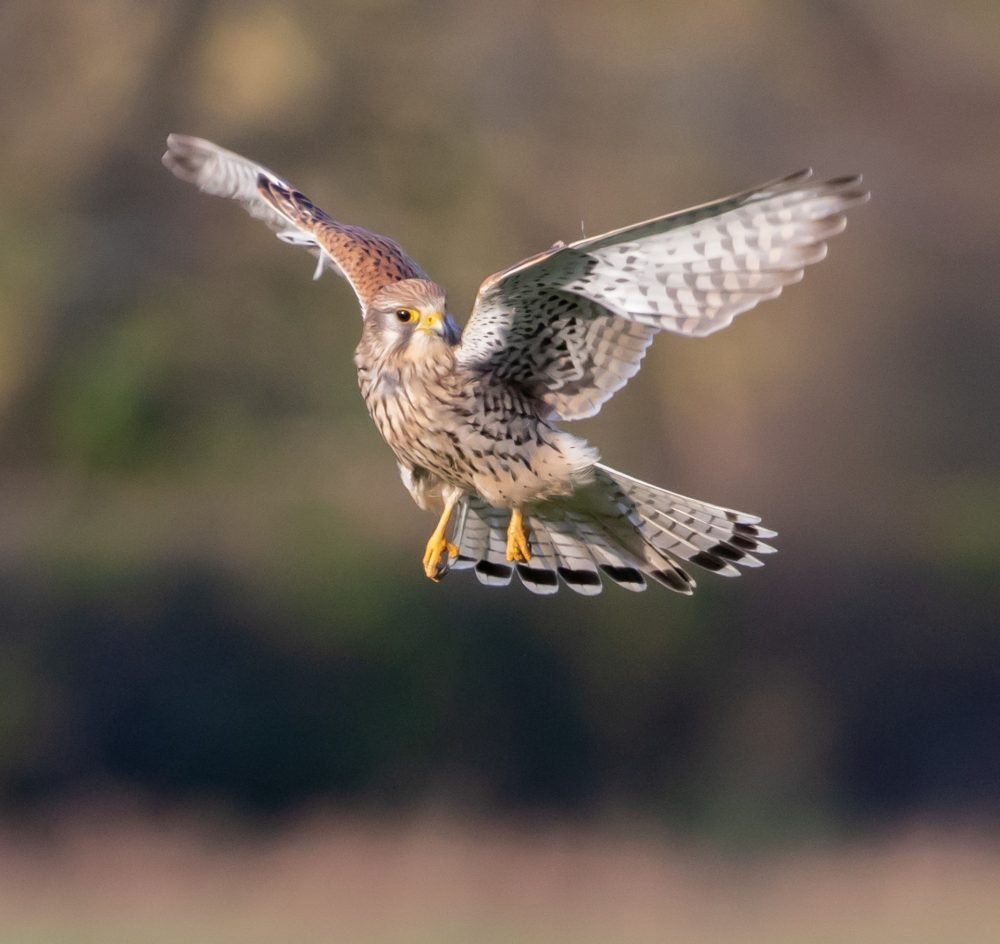 Kestrels can see ultraviolet colours which are present in urine. This means kestrels are able to find their prey – which may be well hidden in dense undergrowth - by looking for its urine trail!

The Kestrel is widespread throughout Britain and can be seen at all times of the year. Spot them in the skies above our sites in Lincolnshire, Devon, Anglesey and Gwynedd.

The Kestrel is one of the smallest raptors, measuring between 30-36cm with a wingspan of 70-80cm and a weight of 150-190g, the larger measurements relate to the female who are more reddish-brown in colour, whilst the males can have bluish-grey heads and tails.  Both have a lighter underside and darker back which are covered in dark spots and pointed, black wingtips.

By keeping the dunes healthy and restoring sites with low biodiversity, we create habitats which able to support a diverse population of smaller birds and mammals, which are able to support kestrel populations.