The Dartford warbler is one of only three subspecies of its type found in the world and whilst non-migratory, truly it is a bird that requires a Mediterranean climate:  It therefore only resides in southern parts of England and Wales and can easily fall victim to harsh winters, as happened in the 1960s when the population plummeted to only ten breeding pairs.  Whilst numbers have recovered, it remains an Amber List species. It is the male who builds the delicate nest of grasses and moss and locates it near to the ground, making it vulnerable to disturbance.

Each breeding pair may have two or three broods per year, each bearing up to four spotted eggs which can take two weeks to hatch.  The chicks will fledge at two weeks old and have a typical lifespan of only two years, feeding mainly on insects but supplemented in the winter with seeds, berries and spiders. 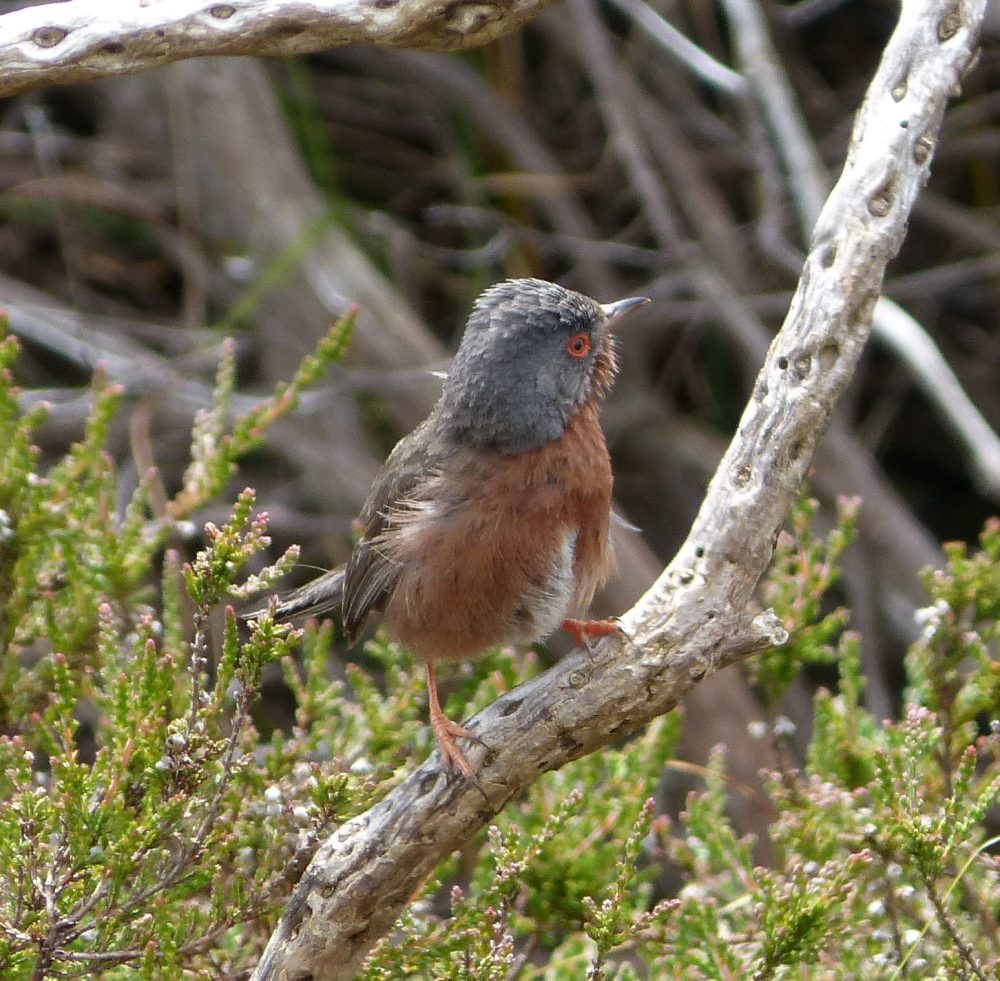 The Dartford warbler is so named because it was first described in 1773 in Bexleyheath, near Dartford, Kent but as the habitat in this area no longer meets the Dartford warbler’s needs, it hasn’t been seen there for about 100 years.

Only in southern England and Wales, the Dartford warbler resides mainly on open heathland where gorse and heather grow but in winter may also be found in coastal regions as the evergreen gorse scrub can offer protection against the cold whilst harbouring insects, the favoured food.

Dynamic Dunescapes are undertaking careful management of the gorse and other scrub at their sites to ensure the same exist in the right quantity without over growing, which would otherwise adversely affect the open aspect, another requirement of the Dartford warbler’s habitat.

The Dartford warbler is tiny with a wingspan of approximately 13cm and weighing about 10 grams.  It has dark grey/brown upper parts, a thin black bill, dark orange eyes surrounded by a red eye ring and a long tail.  It may be seen singing atop a gorse stem.