Choughs are a rare sight, found in small numbers in Britain only on the western extremities where the coast meets the Atlantic Sea. It is this habitat which provides open ground of exposed sandy soil and short-grazed grasses, ideal for hunting invertebrates and larvae with its probing, curved bill and where it can return to long term breeding sites situate amongst fissures in craggy cliffs, making nests of twigs and heather, lined with hair and sheep’s wool. The choughs loud call of “chee-ow” alerts us to its presence and, in the breeding season, males and females can be seen courting by mirroring each other’s acrobatic flight patterns.

The female has one brood per season, averaging five eggs which hatch after 19 days and both parents help to raise their chicks, which fledge at six weeks. An average life span is seven years although one ringed chough is known to have reached 23 years of age. 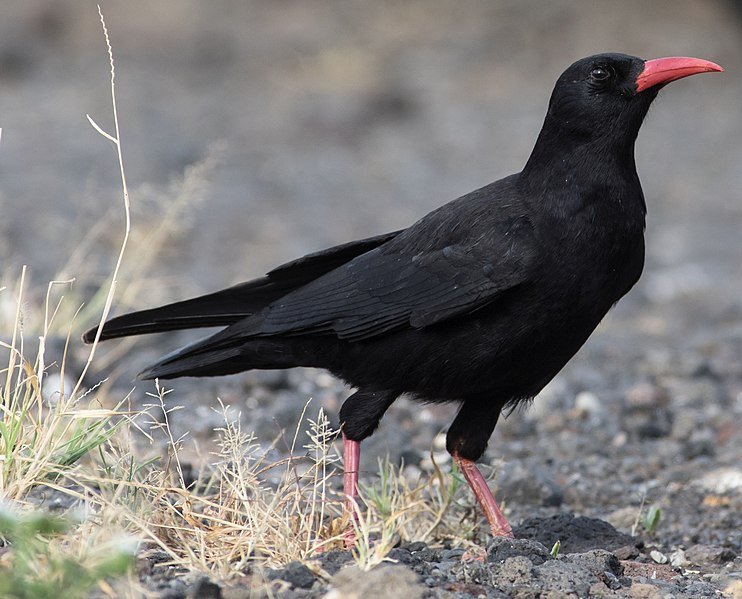 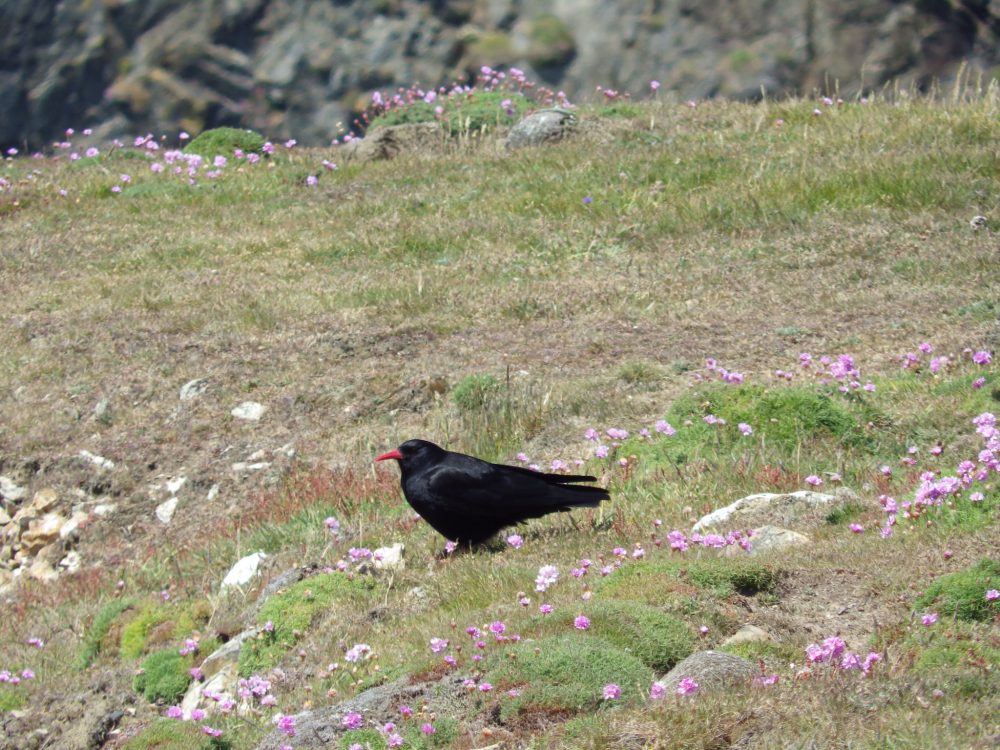 Legend has it that when King Arthur of Tintagel died, he transformed into a chough and the bird is now a symbol of Cornwall, sitting atop the county’s coat of arms!

In Britain, the chough can only be found in south west Scotland, Wales, Northern Ireland, Isle of Mann and, since 2002, a tiny population is taking hold in the far west of Cornwall, believed to have originated from either Ireland or Brittany, following an absence of some fifty years and these can sometimes be spotted at our Penhale Dunes site, near Perranporth, Cornwall, and near our National Trust sites in Devon, at Woolacombe.

The Chough appears glossy black but its feathers have a blue/green hue, with the wing tips displaying “finger feathers” when soaring.  Both the male and female are similar in appearance, measuring 38-40cm with a wingspan of 82cm and weighing approximately 310g, the male being slightly larger.  It is easily identified by its striking red curved bill and legs.

By reintroducing grazing animals onto the dunes, Dynamic Dunescapes are ensuring that part of the dune system continues to be the kind of sandy soil and short-grazed grasses habitats that choughs need to hunting their food.