Barn owls are found most commonly in grassland and pasture - particularly farmland with old barns for roosting or open areas near mature trees. They are easily recognisable by their heart shaped faces and pale feathers, usually seen quartering fields looking for prey. They hunt at night but can often be spotted during dawn and dusk, sitting on fence posts or actively hunting.

They hunt predominantly by sound and the shape of their facial discs helps to direct sound into their ears. Because of this, barn owls have truly silent flight to both avoid alerting their prey to their presence and prevent disrupting the sound of their prey with their own flight noise. Their feathers are adapted to reduce noise by having a serrated edge along their leading line, helping them to cut silently through the air.

Barn owls nest in tree hollows and quiet corners of barn roofs and outbuildings, laying 4-7 eggs per clutch from March to August- they may rear two broods of chicks a year, depending on the breeding season conditions. They hunt small rodents including mice, rats and voles, which they swallow whole and then regurgitate the indigestible fur and bones in a pellet. Unfortunately, up to 75% of young barn owls die in their first year due to poor hunting conditions, traffic collisions and accidental poisoning. The surviving 25% live an average of 3 years, but many wild barn owls have been recorded aged 12 years plus. 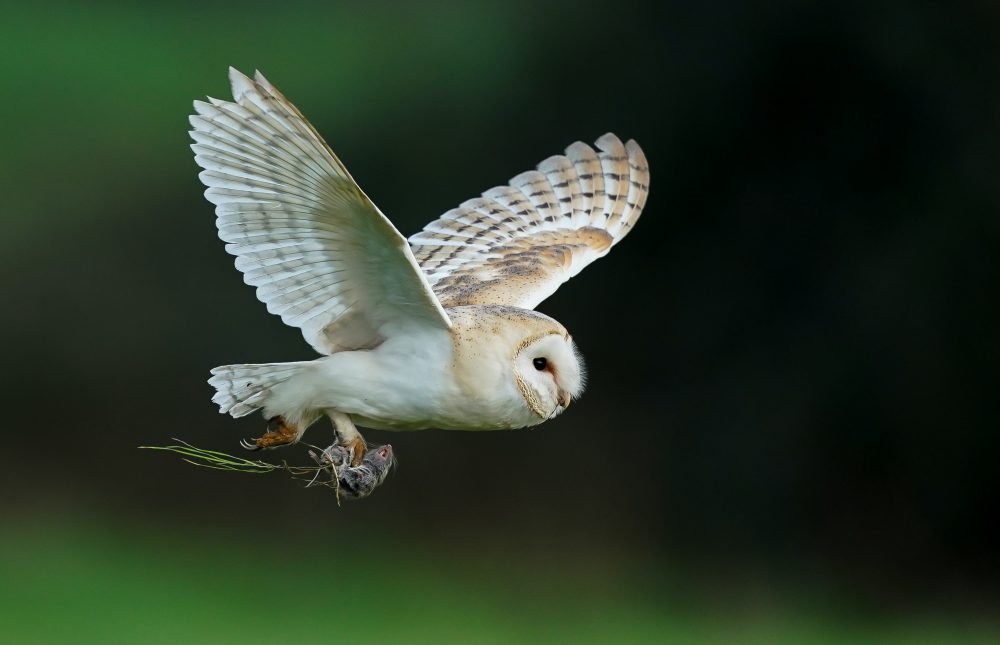 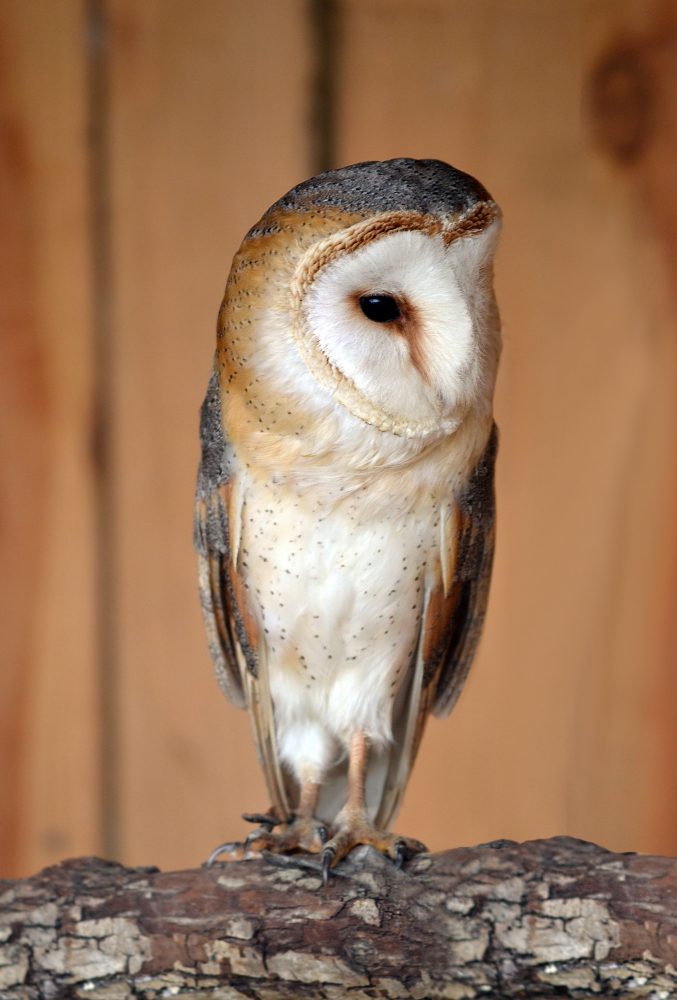 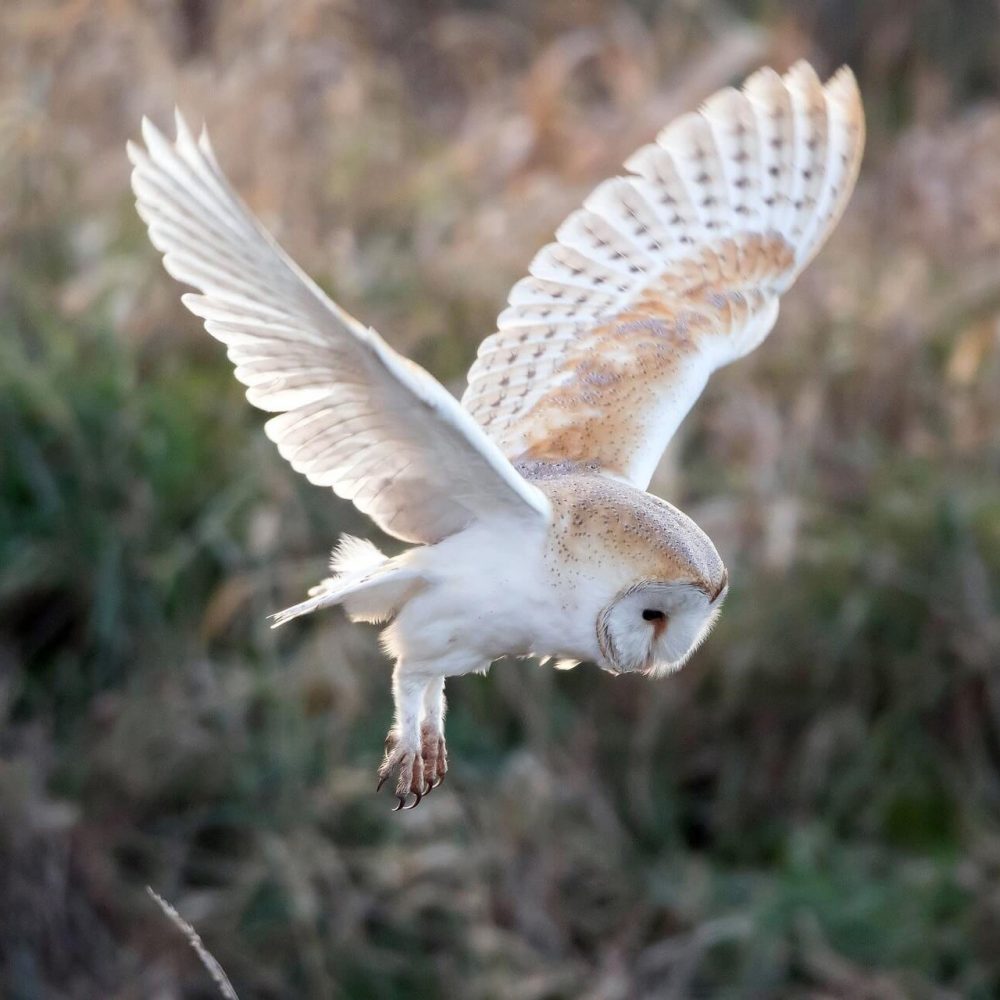 Barn owls have uneven ears to help pinpoint their prey. One of their ear openings sits higher than the other on the side of their head to give them better surround sound when hunting.

The barn owl is widespread throughout Britain and can be seen at all times of the year. Spot them flying above long grass at our sites in Cumbria, Devon and Lincolnshire.

The barn owl is a medium sized owl at 33-39cm tall, with a wingspan of 80-95cm and a weight of 250-350g. They have pale heart shaped faces, dark eyes, pale cream undersides and their backs and wings are buff brown.