Our wonderful volunteer and keen birder Cliff Morison shares some of his top avian sightings from Lincolnshire's Saltfleetby-Theddlethorpe National Nature Reserve in April 2021.

There had been a rapid and spectacular build-up of starlings in the adjoining grass fields during the week leading up to Friday 19th March, culminating in over 20,000 birds, many being on the reserve. However, by the next day, they had left, no doubt heading eastwards back to Eastern Europe and Russia for the breeding season.

By this time, most of the thrushes had also left, with just the occasional small parties of redwing s and fieldfares being noted. A small roosting party of water pipits was still present in the Rimac area though, certainly until the end of the month. These fairly scarce wintering pipits breed in upland areas, presumably in Scandinavia and are always difficult to see and separate from wintering rock pipits, although as a general rule, the water pipits here will be on the saltmarsh, whilst the rock pipits will be on the freshwater marsh and wet grasslands.

Water Pipit, one of around 9 roosting at Rimac, a scarce winter visitor. Photo; Cliff Morrison

On the 20th, over 200 pink-footed geese were noted moving north, the last of the larger departing flocks to be recorded. On the same day arriving summering chiffchaffs were to be heard in the bushes with there distinctive song giving them their name. These small warblers are almost always the first spring arrivals, which tend to winter much further south in northern Africa and the Mediterranean, whilst the other warblers winter south of the Sahara. A firecrest, similar to a goldcrest and Europe’s smallest bird, was also noted on the same day.

The weather began to warm after this with record March temperatures of over 21oC and 23oC on the 30th and 31st March. Southerly winds, from as far from Africa, assisted the early arrival of summer migrants to over this period; with up to 7 wheatears, a yellow wagtail, 2 tree pipits, a sand martin and a swallow, plus many more chiffchaffs, blackcaps and willow warblers. On the beach/foreshore there were little gulls, an Eastern European breeding species, and 2 little ringed plovers.

Then came a change in wind direction, with predominantly north and north easterlies setting in for the rest of the period. This essentially brought a stop to the migrant arrivals with frosts on many days and lows down to -7oC ground temperature with a  -2.7oC air frost.

Not so many years ago, summer migrants would not be expected to arrive before the end of the second week in April, but despite the cold April days and frosty nights, 2 sedge warblers were singing on the 6th and occasional swallows, sand martins and a house martin have been seen. Black redstart, a scarce migrant, was recorded on 3 days during April, which is exceptional for here and the first whitethroat to arrive was on the 13th April. 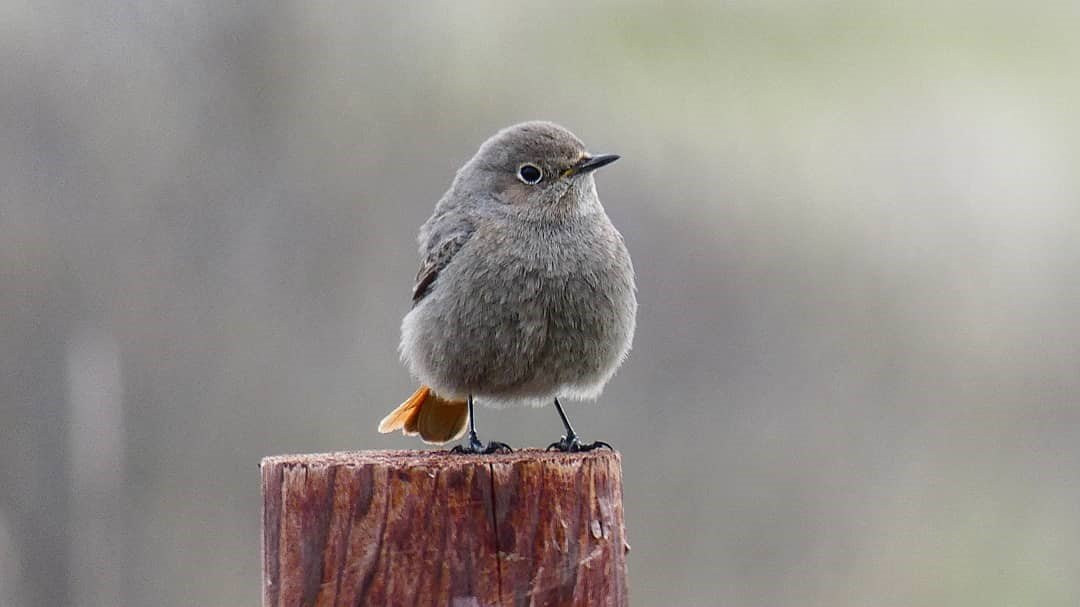 Black Redstart, a scarce passage migrant and one of 3 recorded in April. Photo; Owen Beaumont

By 7th April, the 2 little ringed plovers of 30th March had been joined by a third, and another 2 more by the 13th. They appeared to have formed 2 territorial pairs by the 13th and were displaying against each other. However, by the 14th, only one pair remained and could be the first recorded breeding pair if they stay.

There have also been up to 6 avocets on the marsh as well, so there could be the possibility of these also breeding. 3 pairs attempted to breed on the adjoining Lincolnshire Wildlife Trust land 3 years ago but were flooded out by high water levels, whilst the first breeding pair on the NNR raised 3 young. 3 Whimbrel, a wader passage migrant to N Scotland, Scandinavia and Iceland where also observed on the saltmarsh on 11th and 13th April.

As soon as the blocking N and NE winds ease and change to a more southerly sector, large arrivals of warblers, swallows, martins and cuckoos can be expected, and it will feel as if spring is finally here to stay. 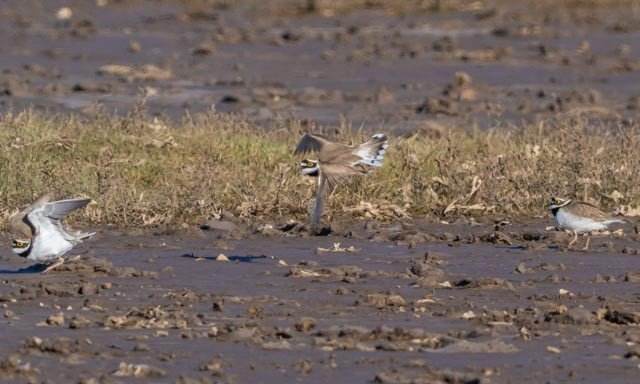 Keep your eyes peeled on our blog or our social media for more updates from Cliff.