The queens that emerge from hibernation in spring are the only survivors of the previous year’s white-tailed bumble bee colonies: All of the males and old queens died the previous autumn. She starts her new colony and the few eggs laid hatch as worker bees, who waste no time in attending the younger bees and the nest, which is often underground making use of a burrow, the former home of a small rodent. Unlike honey bees whose colonies can number 50,000 individuals, the white-tailed bumble bee’s colony is much smaller and will house approximately 200 bees. The males will not emerge until August, when they will mate with the females who go on to become queens the following year. 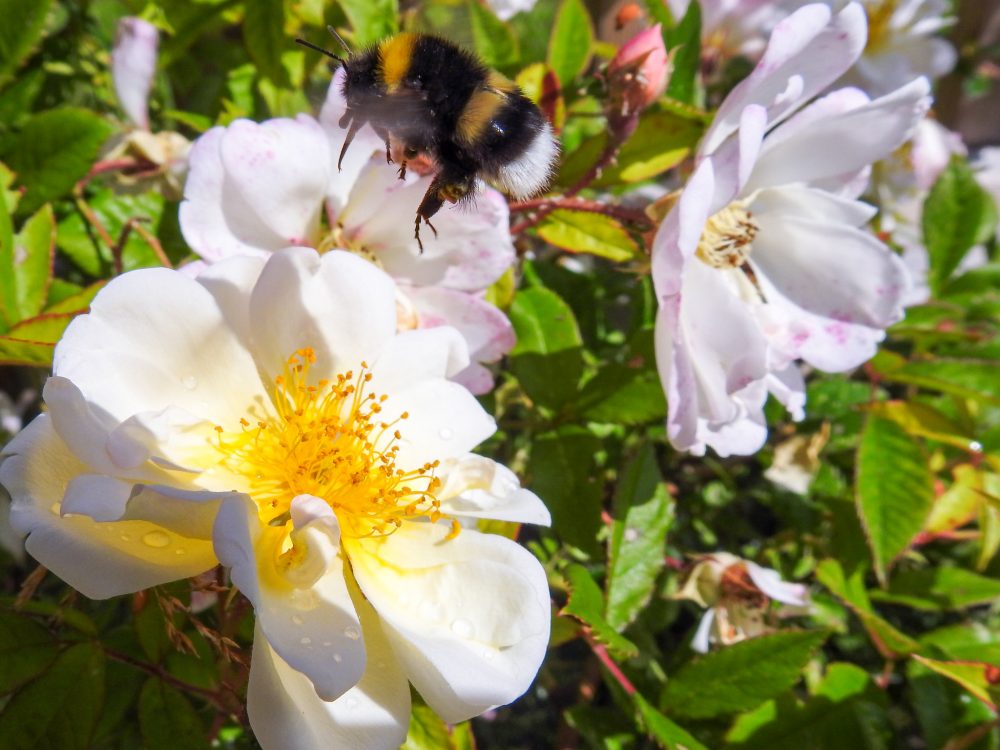 Dynamic Dunescapes are working to maintain the dunes and slacks upon which wild flowers grow and upon which the white-tailed bumble bee relies for food.

A regular black and yellow striped bee, as its name suggests the bright white tail is a prominent identification feature of this bumble bee. The queen bee is the largest at approximately 19mm in length with the males slightly smaller at 16mm and the worker bees smaller again at approximately 11mm. The male bees are the most brightly coloured with lemon-yellow facial hair but the worker bees can be difficult to differentiate from the buff-tailed bumble bee, as their yellow colouring is duller in appearance. 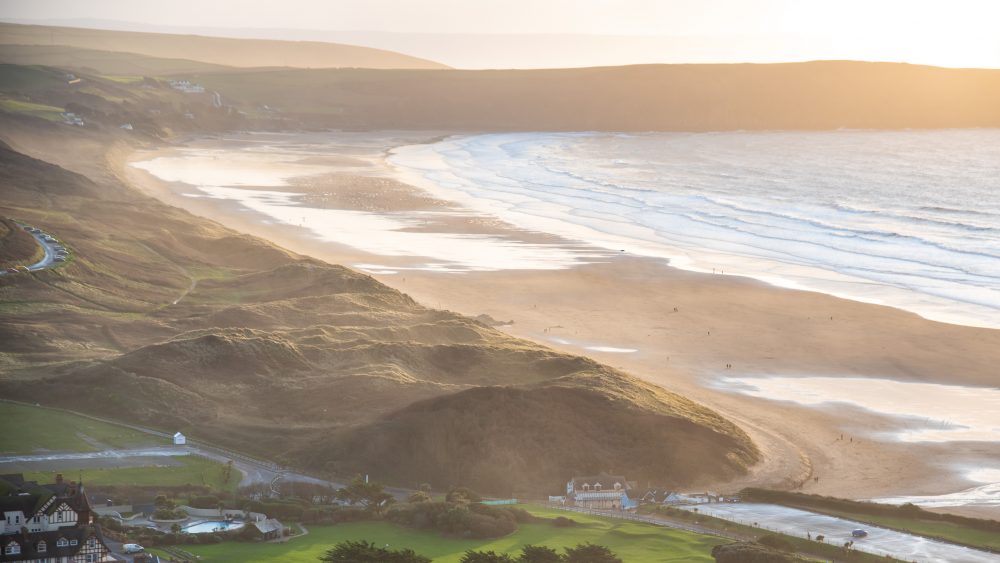