The bee orchid is a faster coloniser than most other orchids and is known to establish itself and flower at suitable sites within three years of building up sufficient energy reserves via two underground tubers, which take annual turns at releasing their energy to produce flower stalks in the UK in May/June and flowers in June/July.

Once this energy is spent the tubers need to build up their reserves again so may not produce flowers for a year or two. The flower itself mimics the appearance of a female bee as its aim is to attract male bee pollinators with the promise of mating and a feast of nectar. This promise is doubly illusionary, as the bee orchid is also unable to produce nectar!

However, the required species of bee does not reside in the UK although luckily for the bee orchid it is the one and only Orchis genus which is able to self-pollinate:  This occurs when its drooping, pollen laden anthers are windblown onto its stigma, allowing pollination to take place. 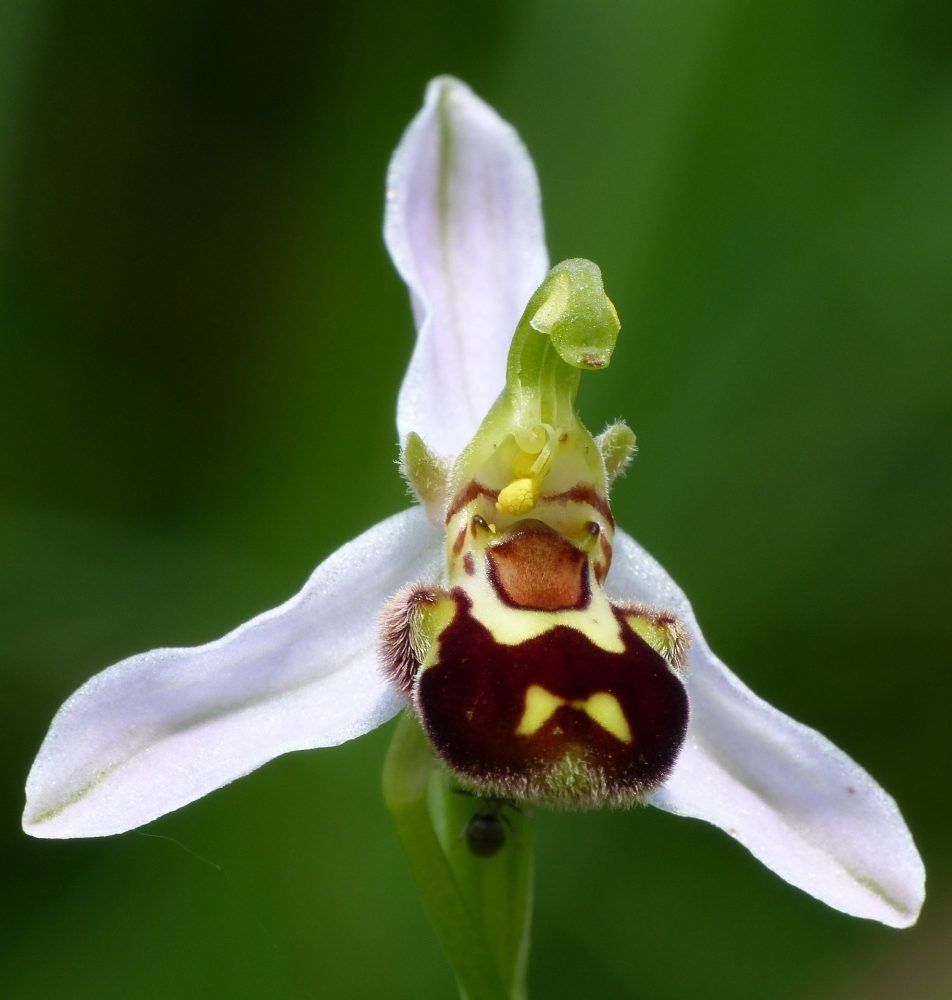 The Bee orchid is the county flower of Bedfordshire - where many recordings have been confirmed!

In the UK, the bee orchid prevails in the south-east, east and midlands, with rarer sightings to the north, south-west and Wales. It predominantly occurs on chalk grasslands but also appears to favour disturbed land with sightings at sand dunes, disused quarries, mine spoil heaps, road verges and railway embankments, sometimes with these sites being many miles distant from the nearest colony which begs the question “How did it arrive here?”

By allowing grazing and removing scrub, Dynamic Dunescapes are minimising dominant species taking hold which would prevent the dunes from shifting: It is this shifting, disturbed state that provides the bee orchid with its favoured habitat.

The Bee orchid can grow up to 65cm in height but is typically between 30-45cm with the February basal clump of green leaves dying back to produce two extended leaves to sheath the stem, which can hold between two to eleven widely spaced flowers.  On each flower head, the three sepals are various shades of pink (occasionally white) and open to reveal furry petals of warm brown shades that look remarkably like a visiting female bee.