Stretching for around 20km between Liverpool and Southport, the Sefton Coast sand dune system is the largest in England. The environment here supports lots of different dune-specialised species, so it’s recognised as one of the most important dune habitats in North-west Europe and is a designated Site of Special Scientific Interest. Our work on the Sefton Coast covers over 4,500 hectares of sand dunes, beach and tidal mud flats, and some areas of heath and woodland. The very long and wide beach here is a beautiful place to enjoy the coast and take a long walk by the sea, making it popular with visitors from far and wide year-round.

Our work on the protected Sefton Coast takes place across the vast sand dune system, including at Ainsdale Sand Dunes NNR (led by Natural England) and Formby (led by National Trust).

A whole range of dune types can be found here, from shifting dunes to dune grassland and dunes with creeping willow, and wet dune slacks in between many of the ridges. Sefton also has one of the rarest wildlife habitats in the UK: dune heath. It takes about 300 years for lime from seashells in the dune sand to be washed out by rain so the sand becomes acidic enough for the dune heath heather to grow. Thick vegetation and some trees which dominate the rare dune heather will also be removed, to restore this rare and open habitat, home to specialised heath wildlife.

Large populations of sand lizard and northern dune tiger beetle live in the sands of frontal dunes, but as the dunes have become more stabilised by plant growth, the bare sand habitats they need are becoming smaller and disconnected. By exposing bare sand, stripping some turf and mowing dense or overgrown vegetation, we’ll create new areas at Ainsdale Sand Dunes NNR and at National Trust Formby in which these creatures can thrive. This will also encourage more sand to move through the dune system, keeping it dynamic. Sefton is also home to 40% of the UK’s population of the protected natterjack toad, so we'll be improving the dune slack habitats in which they live by removing overgrown vegetation.

Invasive species (plants which are not usually found in the area) are a problem in Sefton. Volunteer surveys along the Sefton Coast have shown that Rosa rugosa has spread across huge areas of the dunes. Its thick bushes might produce pretty pink flowers, but as it’s an invasive species and threatens the habitats of our native dune wildlife, some of our work here will be to remove up to 6 hectares of it.

Rabbits can be an important part of a healthy sand dune system; by grazing they keep vegetation short, which benefits wildflowers and many species of insect, and by burrowing they keep sand around the mouth of their dens bare, allowing it to be moved through the dunes by the wind. Thanks to a disease called myxomatosis in the 1950s, rabbit populations are much lower than they were. We will be creating better conditions for the existing small rabbit populations to grow, so that they can help keep the plant growth on the dunes low.

You can find out more about the works planned at National Trust Formby here.

There is an exciting range of rare plants and animals living in the Sefton dunes. On sunny days, you can often see two of the area’s best-known species enjoying the bare sand: sand lizards can often be spotted sunbathing and the beautifully striped, rare northern dune tiger beetle hunts on sand.

Up to 40% of the UK’s natterjack toad population can be found here, as the extensive dune slacks and ponds are the perfect place for them to hide and mate. Great crested newts can also be found.

In terms of birdlife, Sefton is an important place for many species of birds. Skylark, meadow pipit and wheatear are great to watch for in the dunes. These are ground-dwelling or ground-nesting species, though, so pay attention to areas which might be restricted for their protection.

The nationally scarce tiny petalwort can also be found here - though you'll have to look very closely for it, it's so small that it's easy to miss! Some of the other beautiful flowers you can look out for include the early marsh-orchid, dune helleborine, grass-of-parnassus and round-leaved wintergreen.

Meet Your Friendly Face in Sefton

I love getting out in nature, whether it’s with my two dogs or by myself. Sand dunes are one of my favourite environments to spend time in, either by having picnics on the dunes at Formby or taking the dogs for a walk on the Lytham Sand Dunes. There is so much life hiding in the dunes, I can’t wait to show you it! Maybe we’ll even see the elusive sand lizard. I’m also excited to hear all about your #dunememories and to help you create new dune memories! 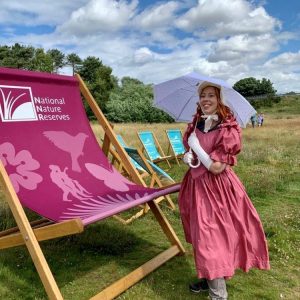 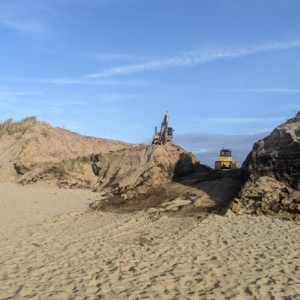 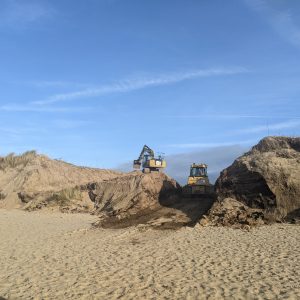 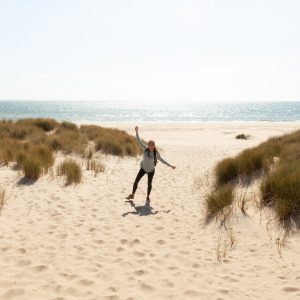 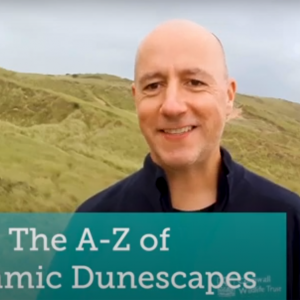 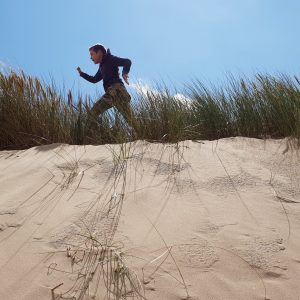 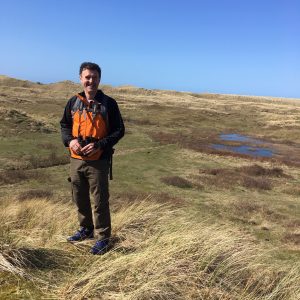 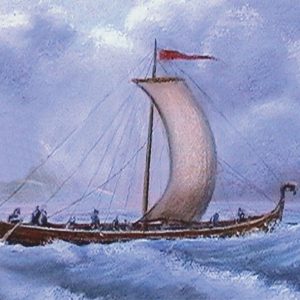 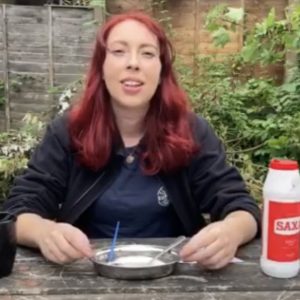 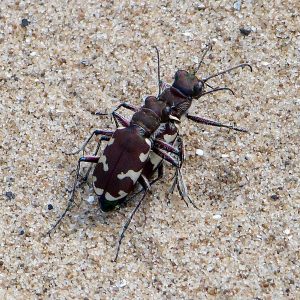 Northern dune tiger beetle: The fastest beetle in the world? 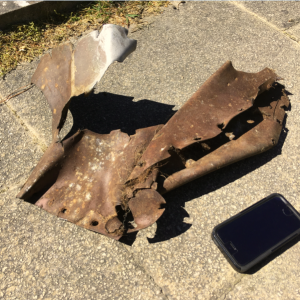