South Walney Nature Reserve (NR) is known for its shingle habitat and coastal landscape. It has been constantly changing due to the action of the sea, and the prevailing winds from the west.

Post-WW2, red-listed gull species, mostly lesser black-backed and herring gulls, have bred in large numbers on the site, especially the spit. Eiders have also bred in large numbers at South Walney. However, changes in habitat and the arrival of land predators have caused a significant decline. 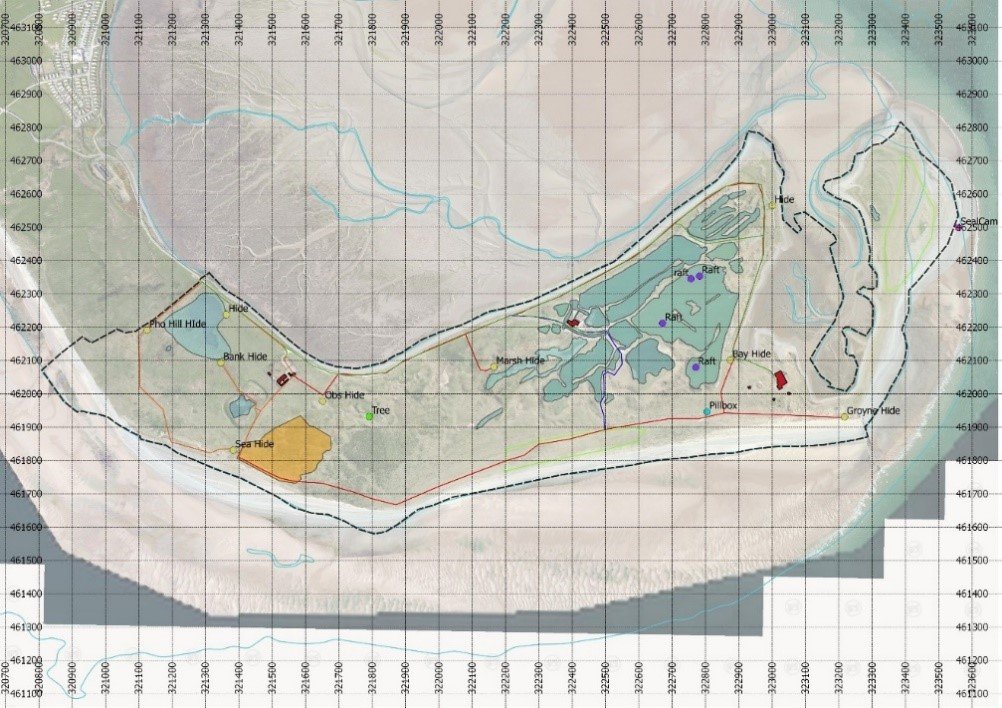 Since the late 20th Century, there has been a major shift in the changes in dune habitats at south Walney. Originally, it mostly consisted of semi-fixed or mobile dunes.

However, due to the changes in management and the nitrification of the soil, grasses and bracken began dominating over the specialist mobile dune species, forming a fixed and stabilised habitat and reducing biodiversity.

The lack of bare sand and blow-outs has further accelerated the formation of a more stabilised and fixed dunes, because of the lack of mobility of sand from the wind. Declines in rabbit populations from disease has been occurring from the 1950s, which has also had an impact on stabilising dunes, because they help create areas of bare sand from burrowing and for controlling the vegetation growth to a minimum. 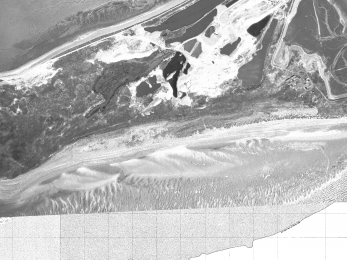 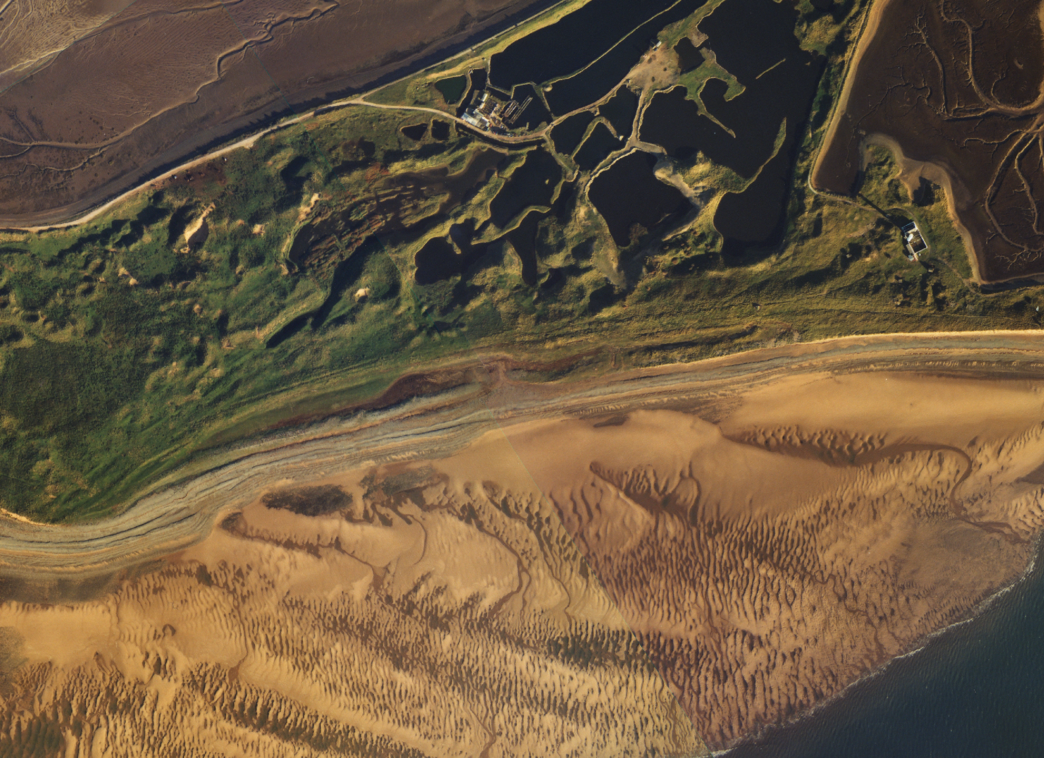 Several years previously, under the Dunes of Barrow Project between 2015 and 2018, stripped surface vegetation exposing bare sand substrates at locations on South Walney NNR using diggers. It achieved the area of dune restoration showing good sand movement, with blow-outs forming. As well as forming more scrapes and bunds to benefit the waders, wildfowl, and aquatic invertebrates on the reserve.

What did you do?

Aim: To reduce the amount of fixed dune habitat at South Walney and making the current dune habitats more stable; and to add and expand pools, with bunds, to further help increase the diversity and minimise disturbance.

Turf was stripped in areas of the fixed habitat with dominating grasses and bracken, to expose more bare sand and encourage more wind blow-outs to form. Later increasing the amount of grazing from cattle and sheep in this area will prevent the overgrowth of vegetation.

In order to do this, v­olunteers, contractors, local farmers, and machinery (e.g., diggers) were required for this to be carried out.

How did you do it?

Diggers have been used to remove areas of stabilised dunes where bracken and grasses dominate, exposing the sand underneath it. This work occurred over a 1.5ha area. Works were carried outside of breeding season to minimise disturbance.

The removed turf has been used to make the bunds larger around the ponds to further minimise disturbing the waders and wildfowl present. In addition to this, Gate Pool has been extended to improve the diversity of aquatic invertebrates and improve the water flow. This was been done during the winter (December 2020 /January 2021) to minimise the disturbance of any breeding or migrating birds.

An NVC vegetation survey was carried out for the whole reserve, to help assess the quality both of the existing, nutrient rich, fixed dunes and also this area was restored during the Dunes of Barrow Project between 2015 and 2018. It highlighted large areas of bare sand (15-40% of the areas sampled), and based on the species present, it provided evidence that the habitat has been altered from a grassland to sand dune.

Vegetation surveys and fixed-point photography before, during and after the restoration.

The initial project estimate for the cost of the works was too low to complete the full amount intended to be stripped. A smaller area in total was stripped, but the location was identified to best targeted to maximise effectiveness.

A number of engagement measures were implemented prior to, during and after the works occurred. These included displaying temporary posters on site, messages were shared on local and national Dynamic Dunescapes social media and on Cumbria Wildlife Trust social media channels.

It is important to note that engagement during this period was restricted due to Covid-19.

How were local schools or other organisations involved?

Although it is too early to judge intervention from works in 2020, the same works that were undertaken 2015 – 2018 have seen an improvement with increases recorded in number of plant species in the turf-stripped regions compared to pre-stripping. 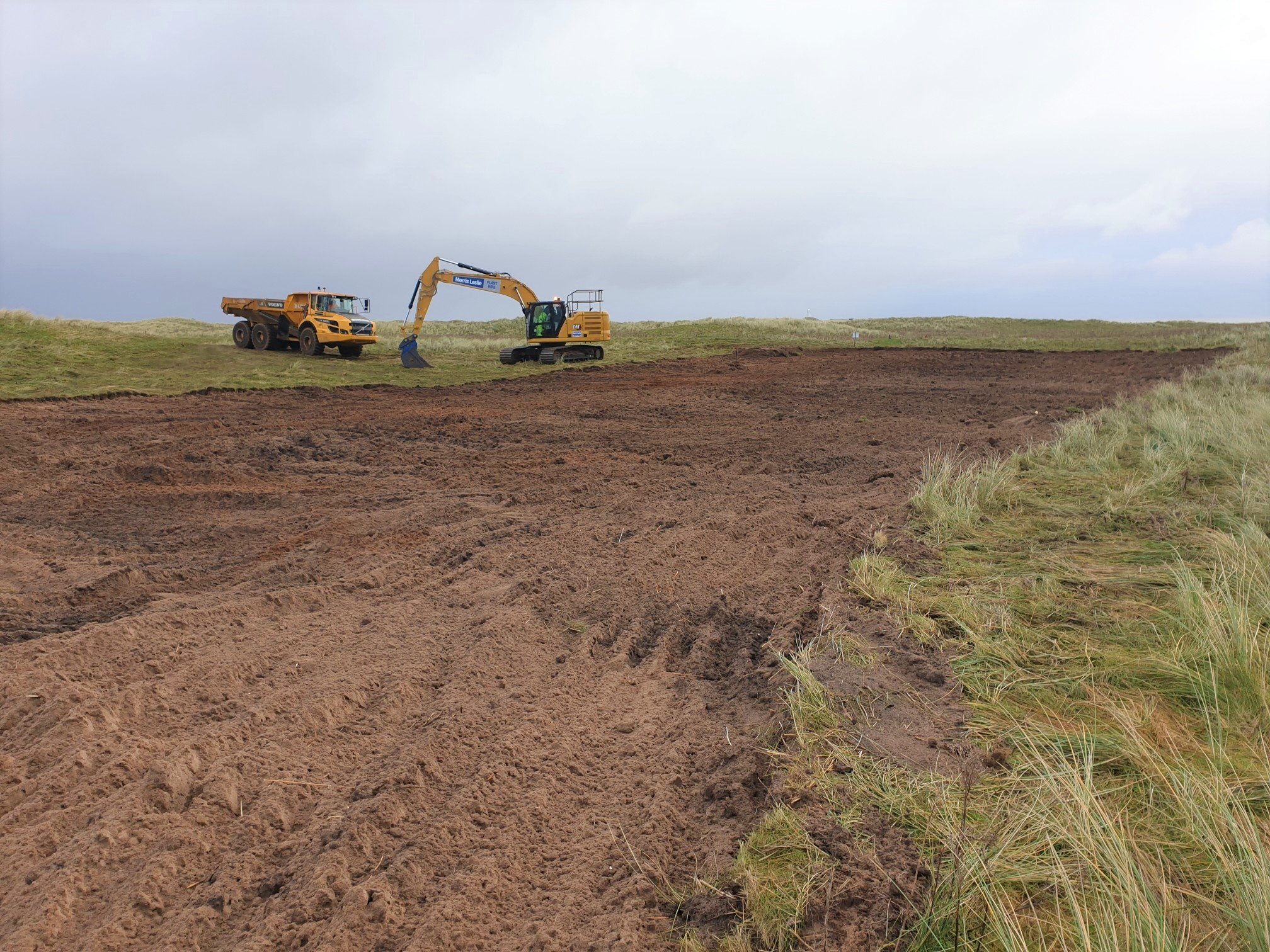 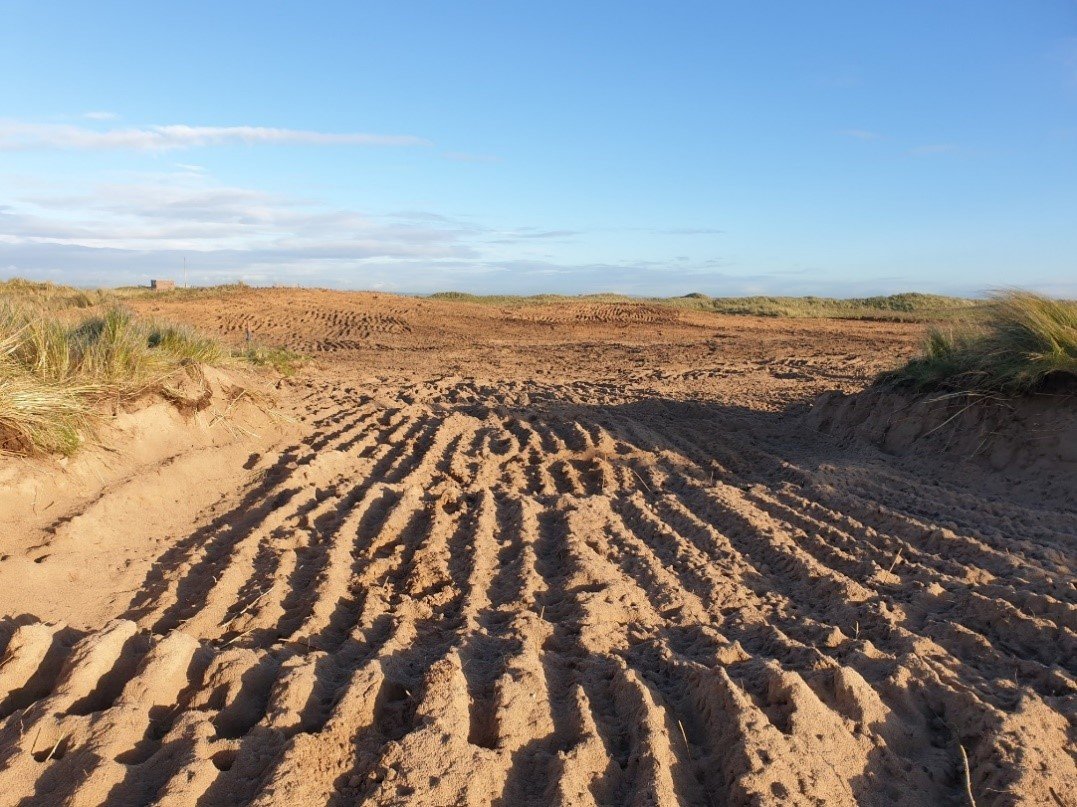